With the Commonwealth Games only about two months off, various community groups have been answering the call to ensure that Brisbane is a pleasant and hospitable host city. A bus shelter recently erected at the Mt Coot-tha Botanic Gardens with funds supplied by the Queensland Council of Gardens Clubs is an example of how these groups are supporting preparations for the Games.

A Club spokeswoman said that members had wanted to contribute something useful to the City to mark the Commonwealth Games. "The Mt Coot-tha Gardens are very popular with our members, naturally, and we use the Auditorium regularly for Club functions. "When we heard that a bus shelter was needed, it seemed an appropriate contribution," she said. 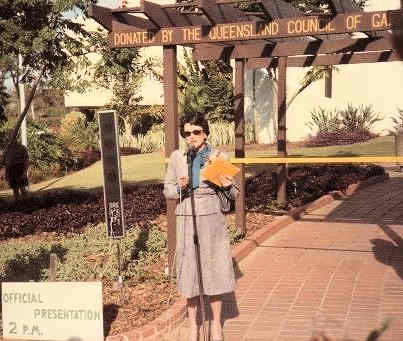